A journey into the history of North-South cooperation 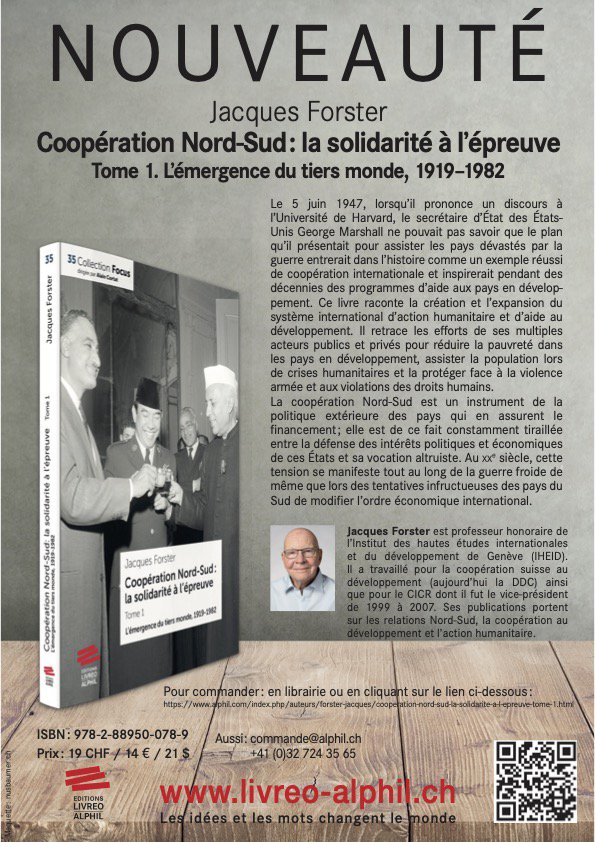 A study on the evolution of international relations in two volumes. HQAI is proud to announce the publication of Founding Member and former President Professor J.Forster's books on the topic of North-South cooperation.

Shedding light on major historical facts is a daunting and delicate task. In his volumes, Professor Jaques Forster starts presenting them through the recount of two distinct anecdotes, developing a lucid and acute analysis of the evolution of international relations and humanitarian aid.

The protagonists of these episodes are two concrete people who, even before being politicians, were above all men. Both of them official representatives of their own country, they did perhaps not expect their actions to change the course of history forever.

Jaques Forster is an honorary professor at the Graduate Institute of International and Development Studies in Geneva (IHEID).

He worked for the Swiss Agency for Development and Cooperation (SDC) as well as for ICRC where he was Vice-President from 1999 to 2007.

Volumes I and II of Professor J.Forster's study on the North-South cooperation

Discover the audit journey with HQAI

See who we are and what we do.