The CHS audit helped Act Church of Sweden meet the requirements for ECHO funding. How come?

HQAI answered approximately 80% of the ECHO questions with information collected during the CHS recertification audit. By extending the audit by only 20%, all ECHO questions were covered.

What does this actually mean?

We asked this very plain question to three persons whose organisations are directly impacted:

Coleen Heemskerk from Act Church of Sweden, who were accepted as ECHO partner in January 2021.
Tanya Wood from the CHS Alliance, one of the copyright holders of the Core Humanitarian Standard (CHS).
Pierre Hauselmann from HQAI, whose auditors actually conducted the "double audit". 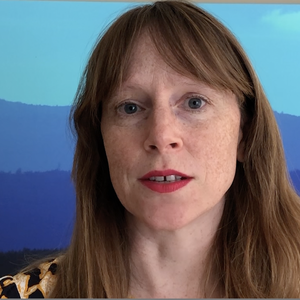 ECHOs acceptance of HQAI's audit demonstrates that external verification of the CHS has the potential to reduce duplication of audits. Act CoS wants to decrease the compliance burden, in order to use resources more wisely. Coleen HEEMSKERK, International Director of Strategic Planning at Act Church of Sweden

We had a virtual coffee with Coleen HEEMSKERK, Act Church of Sweden (Act CoS).

Coleen, you said that you saved money by using HQAI for both assessments. How come?

Yes, we did save money. The cost of HQAI completing the ECHO audit was 10 times less than employing another audit firm. The savings do not include the staff time that was saved by the process.

But it was a risk to employ HQAI as we did not know if ECHO would accept this. Although we did save money, the main reason that we took the risk was to put into practice what we believe is an important change in the sector, due diligence harmonization and the localization agenda. ECHOs acceptance of HQAI's audit demonstrates that external verification of the CHS has the potential to reduce duplication of audits. Act CoS wants to decrease the compliance burden, in order to use resources more wisely. Furthermore, decreasing the compliance burden is a small but important step towards increasing assess for local and national organisations to funding from institutional donors.

Coleen, Act CoS urges donors to put into practice their commitments of the Grand Bargain. Can you link your ECHO FPA to this request.

Act CoS’ decision to employ HQAI for the ECHO audit was a calculated but necessary risk, we wanted to put policy into action. We recognize that this is just a small step in achieving the change in the sector through increased donor harmonisation. We look forward to seeing the implications of ECHOs acceptance. Act CoS wanted to share this success story, in order to encourage others to follow our example.

Would you do it again?

Absolutely! We are currently in discussions with Sida (Sweden’s government agency for development cooperation) to harmonize their planned Internal Governance and Control review of Act CoS with the CHS audit. 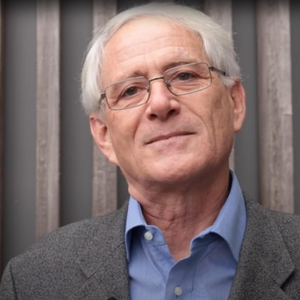 We combined two sets of requirements in one audit. With this we significantly lowered the administrative and financial burden of Act Church of Sweden, who saved tens of thousands of EUR. Pierre HAUSELMANN, Executive Director at HQAI

Sharing the same office, the discussion with Pierre HAUSELMANN from HQAI was face to face.

Pierre, HQAI conducted the CHS certification audit of Church of Sweden and expanded the audit with ECHO-specific questions. In broad terms, this means that HQAI has covered two sets of requirements in one audit. How does this work?

It is a technical demonstration of a point made frequently by HQAI: an audit produces information that is broader than what is necessary to answer to one standard. It is a pity not to use this information to cover several sets of requirements, even if some more work is necessary. There are significant gains to be achieved. By accepting our report, ECHO has recognized that HQAI is a professional auditor that has the capacity to reliably undertake this combination.

What is the advantage of combining such assessments?

But, very importantly, it also shows how much duplication there can be between two processes, here a CHS audit and the ECHO ex-ante audit and that the CHS offers a good platform to minimize the impact of this duplication.

Finally, this specific example shows that HQAI is more than a mere auditing organisation. We are an actor of the aid sector that can help resolve some of the problems faced by the sector, in this case lowering the administrative and financial burden of NGOs.

Is HQAI now an ECHO auditor?

To my knowledge, there is no such thing as an “ECHO auditor”. There are requirements that auditing organisations need to fulfil for their audit to be received by ECHO. The fact ECHO has accepted the ex-ante audit report produced by HQAI, means that HQAI was able to demonstrate it complies with these requirements. As long as we work under the same rigorous principles, i.e. as long as we are accredited under ISO 17065, there is no reason for ECHO not to accept ex-ante audit reports produced by HQAI, using the extended CHS audit as a basis to support the ECHO audit.

Pierre, what comes next?

For our colleagues of the CHS Alliance, certainly exploit this example and others that may come to promote the CHS for what it is: a core standard that is a sound basis to compare and harmonise due diligence requirements.

For HQAI, several things. One is to let our certified partners and other interested organisations know that they can use HQAI services to satisfy ECHO’s due diligence requirements. Another is to use the expertise gained in this process to apply it to other due diligence mechanisms. This can be governmental or other donors. We will thus work with them and explore how this achievement can be multiplied. Finally, what is applicable to due diligence requirements is also applicable to other standards. In the longer term, this is an opportunity to expand the scope of a CHS audit to other themes, such as the environment or anti-corruption management systems (these are only examples, not a declaration that HQAI has started working in these directions). 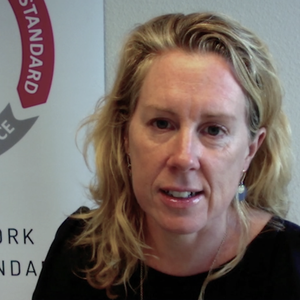 The Act Church of Sweden and ECHO case shows us that an audit against the Core Humanitarian Standard can answer 80% of a rigorous due diligence process. There is a huge potential for CHS audits to reduce duplication. Tanya WOOD, Executive Director at CHS Alliance

Tanya WOOD is Executive Director of the CHS Alliance and she is British, so we had a virtual cup of tea.

Tanya, what are the implications of this for the CHS?

This case affirms the trends we have seen and researched to date, that up to 80% of a typical rigorous due diligence process can be answered by a CHS independent audit.
There is a huge potential to reduce duplication. The ultimate aim of applying the CHS is to raise the standard of work for the people affected by crisis, but is also has this second unique opportunity to reduce duplication and improve efficiency.

How would donors use the CHS for their own due diligence?

This case is very encouraging as it shows the CHS can serve as a sound basis for auditing DD requirements, with ECHO's being one of the most stringent. This is a very important concrete step, alongside other donors* that have already made a commitment towards the CHS, for the potential the CHS has for “passporting” with other donor requirements.

*Organisations verified against the CHS can have streamlined access to Framework Partnership Agreements from the German government (GFFO), the Dutch Relief Alliance (Dutch Relief) and now the Directorate-General for European Civil Protection and Humanitarian Aid Operations (ECHO). Independent quality assurance against the CHS is a prerequisite for humanitarian organisations looking to obtain funding from the Ministry of Foreign Affairs of Denmark (DANIDA) and the UK’s Disaster Emergency Committee (DEC). Also, UK’s FCDO is looking at the level of convergence between its due diligence requirements and HQAI’s CHS audits.

Tanya, who should know about this?

The CHS Alliance wants all organisations to be applying the CHS and measuring how they are doing so, as a means of improving their work for those affected by crisis.

We also need donors – and this includes governments, pooled funds, the UN but also INGOs – to be asking for this, and exploring together with us how the application of the CHS raises the standard of work, but also helps reduce duplication of efforts.

Thank you to all interviewees.

Other items about due diligence and harmonisation

Exactly 1 year ago the panel announced "The CHS is going to be a central tool in harmonisation, incl. cutting duplication".

HQAI audits are being increasingly recognised and recommended by donors.

Report of HQAI's donor round table

Towards recognition of the CHS and independent quality assurance